It pays to take time out now and again to think about these questions as the answers to them can inspire you as to how to make your own characters stand out in a way that is appropriate to them and your own story.

Another reason for reading widely and well (and including non-fiction) is you do learn from other writers and you can analyse what works well and what works less well. So the more you read, the more you can learn.

Can’t have too many notebooks and pens. Image via Pexels

Despite technology, you still can’t beat the trusted notebook and pen. Image via Pexels 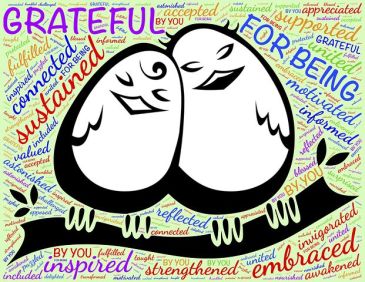 Be thankful for stories, being able to write etc. Image via Pixabay 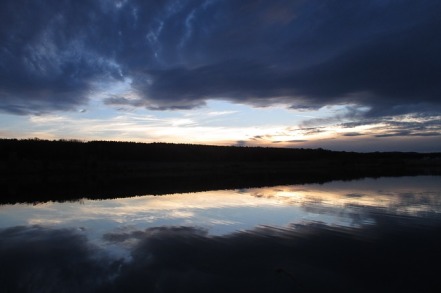 The dark can seem to overcome the light but light will prevail. Image via Pixabay

The delights of the open page. Pexels image. 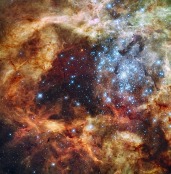 From Light to Dark and Back Again perhaps? Image via Pixabay (and so beautiful) 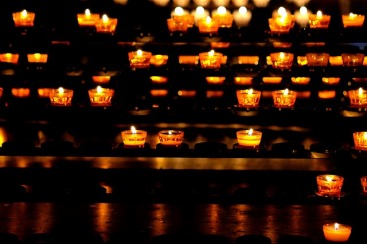 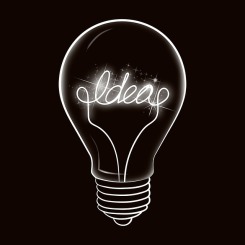 Some of the strongest ideas have a simple theme. See A Christmas Carol as a classic example. Image via Pixabay.

Glad to say I’ll be taking part in the Hursley Park Book Fair in just under a month’s time. I’m there on the Saturday, 23rd June, and will also be giving a talk on flash fiction. The event is FREE, there is parking and a wide range of authors and genres will be represented. Hursley Park is the home of IBM and is between Romsey/Chandler’s Ford and Winchester and just on the edge of Hursley Village itself. Hope to see you there! 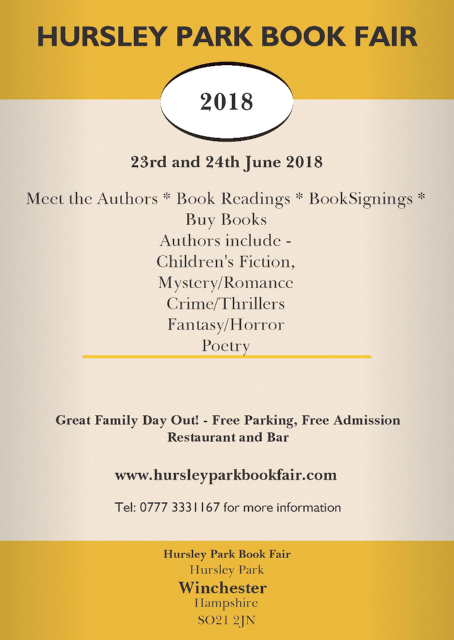 Image Credit:  Many thanks to Glenn Salter for the book flyer image.

Characters can speak in all sorts of ways, sometimes by not speaking at all! Silence as part of a story can be very powerful. A character usually happy to chat who suddenly clams up – I would want to know why, what happened to trigger the clamming up and so on.

Characters can always speak through “their” writing – diaries, letters to others and so on. Characters can also speak in the way that they talk. For example, you could have a character who refuses to use contractions and as a result their speech is far more formal than everybody else’s.

Characters can also “speak” through how they treat each other. Are they as nice as pie to most people but treat Character X despicably? Wouldn’t you want to read on and find out why?

So what are your characters telling you and your readers? And are you aware of what your characters are saying or do they surprise you (sometimes)? One of my favourite things as a writer is when I write a line and just know it is exactly what that character would say, but I also relish the “out of the ball park” moments when my characters surprise me. I like to explore where that takes me as I nearly always discover something more about my characters.

What is the image that you want to leave in the minds of your readers from your flash story? How will you achieve that? What impact do you want your flash tale to have on your readers?

I often ask myself the latter and so think along the lines that I want this story to be a dark one, another a light one and so on. I then ask myself how can I achieve this and prepare an outline. As other ideas come to me I add them to the outline and then work out which would be best.

My outlines for flash are, appropriately, brief but they help me to focus on what I want the story to “do”. 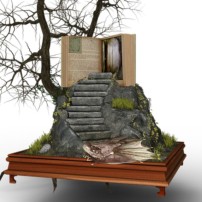 Some very strange creatures are in books. Image via Pixabay 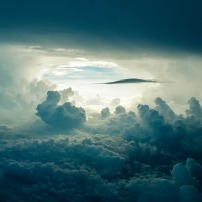 Pressing on towards the light. Image via Pixabay 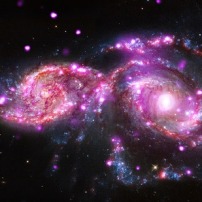 What worlds could there be out here? Image via Pixabay 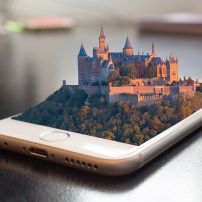 What wonderful worlds we can creat! Image via Pixabay. 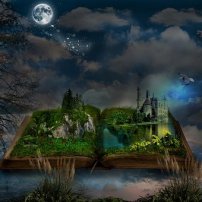 The wonderful world of stories. Image via Pixabay 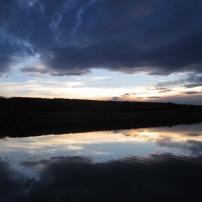 The dark can seem to overcome the light but light will prevail. Image via Pixabay

My next book event will be at the Hursley Park Book Fair on 23rd June. I will be posting more details about this via Chandler’s Ford Today nearer the time but I wanted to flag it up a little early as it is a FREE event, there is plenty of parking and a wide range of authors and genres will be represented. I’m waving the flag, so to speak, for flash fiction and will be speaking about it at the event too.

The Fair is on 23rd and 24th June and my only regret is I can’t be there on the 24th as well, but these things happen! Having said that, I hope there will be a good turnout on both days. Sure to be good fun! 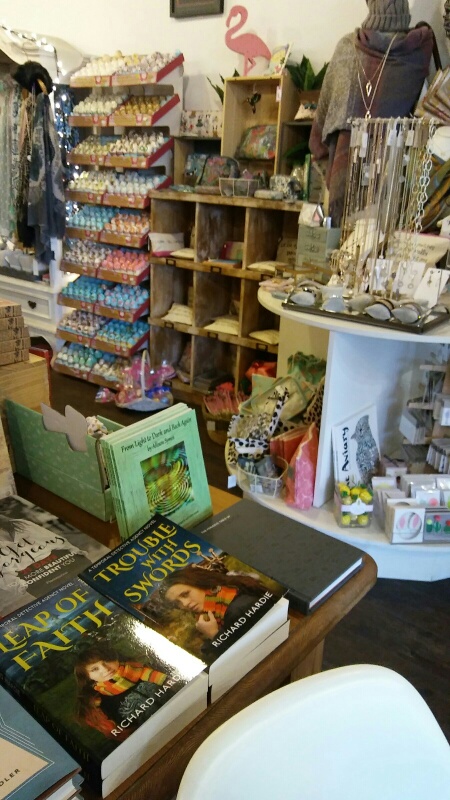 My book (and a friend’s!) on sale at a local gift shop.  Image by Allison Symes 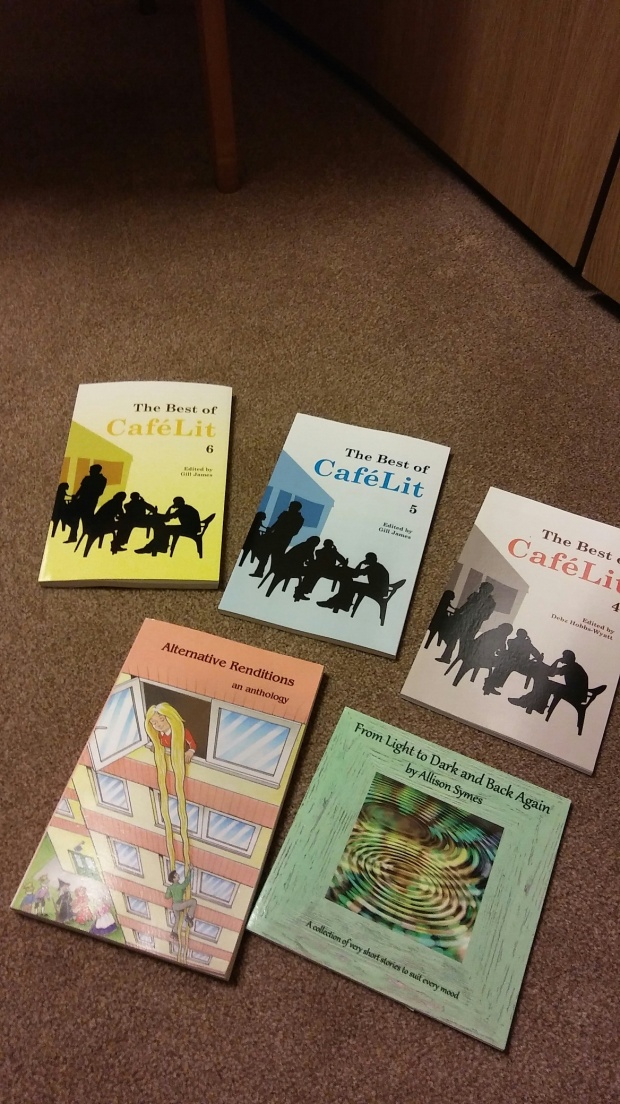 Some of my published works, the majority are anthologies.  Image by Allison Symes 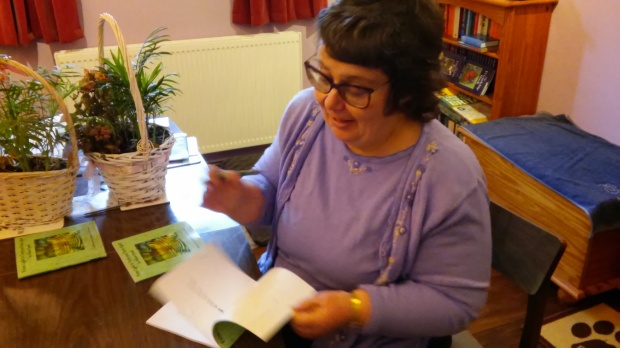 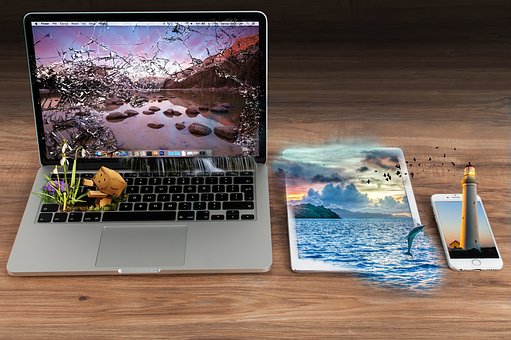 Let your creativity spill over.  Image via Pixabay

Some thoughts to ponder as you create your fictional world. What would happen when push came to shove for your characters?

What do your characters do when under extreme pressure? (What is the first of their virtues to suddenly bite the dust?).

What laws do your government(s) bring in to cope with emergencies? (What freedoms and rights suddenly bite the dust?).

What good qualities does your hero/heroine suddenly discover they’ve got in response to a quest or other task they know they’ve got to see through no matter what?

What would it take for your hero/heroine to either break or compromise with evil?

What would your fictional world do to defend itself (and what could threaten it)?

What is the driving force behind your characters’ motivations and actions?

Are the media still free to operate in an emergency situation or do new rules come in?

How do the “good guys” remain “good guys”? What do they do to fight the temptation to compromise with evil?

What triggers the “push”? Who or what is behind the threats to your fictional worlds ?

Are your characters better for having been put through so much pressure or have they caved in and what are the consequences?

There is definitely plenty of stories to be written here, just answering some of those! Okay, they may be on the dark end of the scale as opposed to the light but there may be a place for your characters to show humour in the face of adversity. (Equally whether it is appropriate humour or not would tell your readers quite a bit about them).

A nice clear desk (not mine!). Image via Pexels

The To Be Read pile. Image via Pixabay

The wonderful world of stories. Image via Pixabay

Well, let’s do so by writing lots of stories! Image via Pixabay. 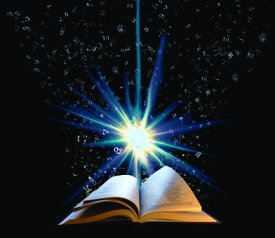 Aiming for more “magic” from my stories this year! Image via Pixabay. 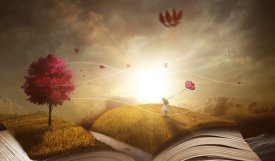 Escape with a good book. Image via Pixabay.

In every good book or story, there is at least one standout character. Something about that character grips you so you have to keep reading until the end of the story.

So it pays, as a writer, to work out what exactly it is about that character which gives them their unique standout identity. How has the writer treated their character’s faults and virtues?

It pays writers then to read widely and across genres, including non-fiction. The more you read, the more you take in what other writers have done with their characters and that can inspire you with your own.

We all have favourite books and most of the time the reason they’re our favourites is because of the characters. (They don’t have to be the heroes either).

Characters have to be special to make a story work. For me, some of my favourite characters include:-

All of these have traits that make them unforgettable (even if some of these, as with Sherlock, would make them questionable even now).

So what qualities do you look for in stories you read that really identify the character as the standout one for you? 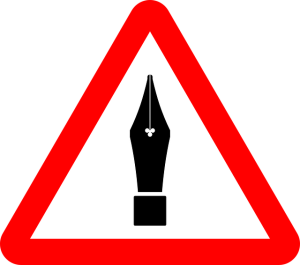